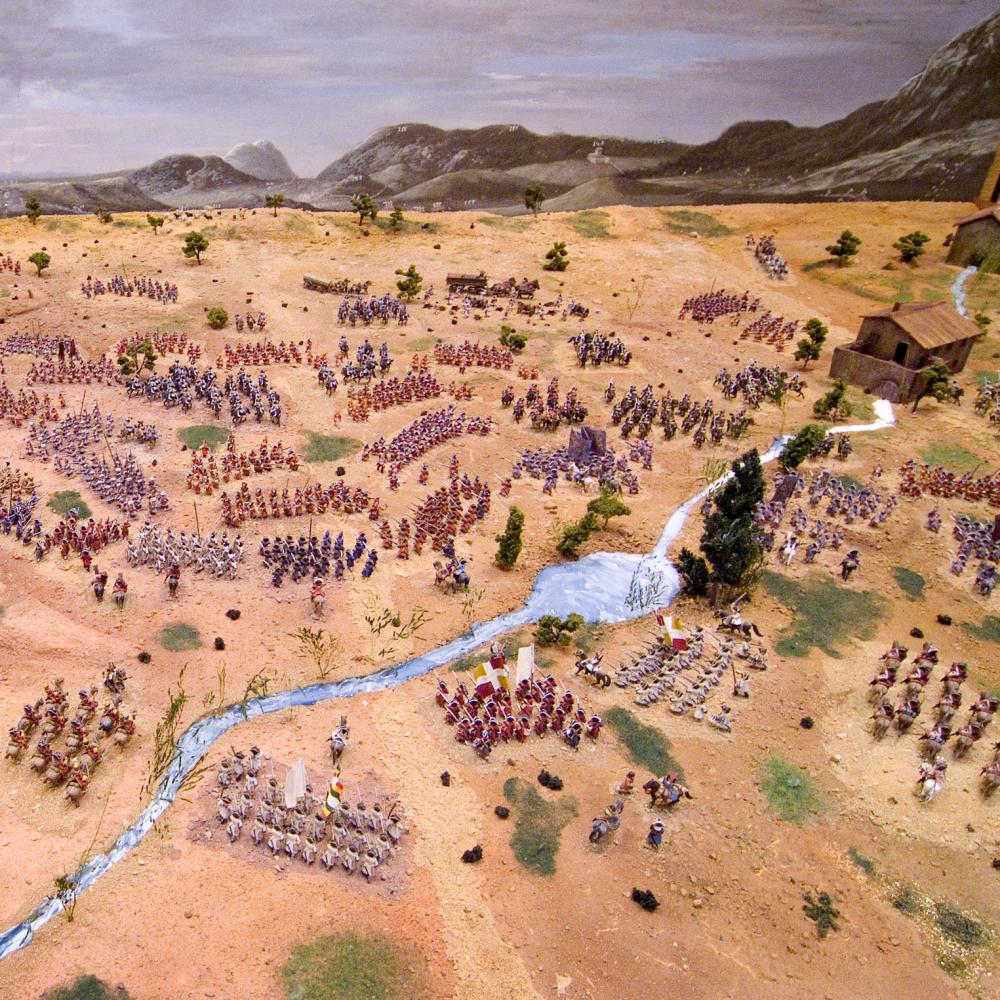 We are in front of the largest model of the museum. 9,000 figures represent one of the decisive moments of the Battle of Almansa, which took place on April 25, 1707 in the town that gives it its name.

This battle marks a before and after in the history of Spain: on the one hand, the end of the Habsburg dynasty and, on the other, the beginning of the Bourbon dynasty at the hands of Felipe V. Thus, the armies of both dynasties, the Two Crowns, representing the Bourbon army, and the Great Alliance, in defense of the House of Austria, clashed in the broad La Mancha plain to decide the future of the crown of Spain.

The Bourbon victory supposed, among other things, the abolition of the fueros of Valencia, a punishment to the city for having allied with the Habsburgs during the conflict.

The model is made with figures from Minifix and Essex and stands out especially for the historical rigor with which the conflict is represented. Such precision is due to the long research work carried out by Álvaro Noguera, and carried out by his son Alejandro, helped by his collaborators.