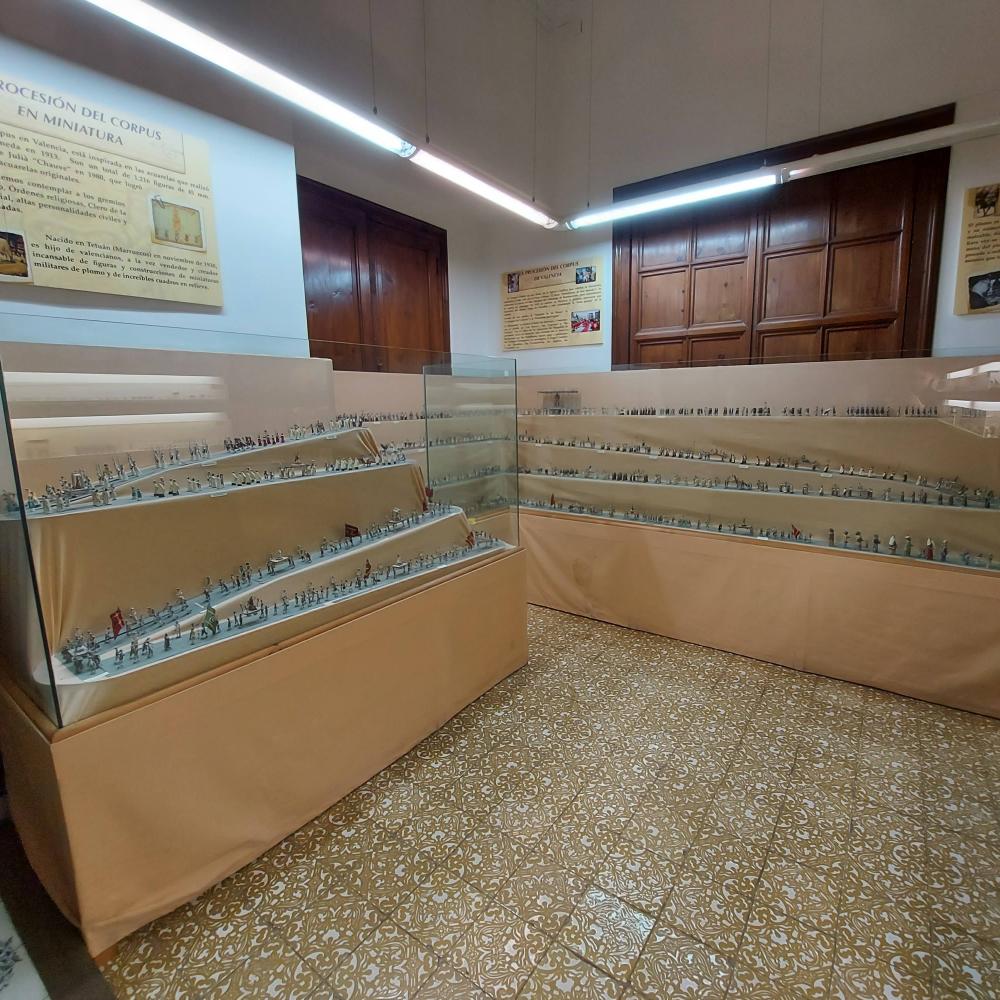 Former chapel of the manor house, the current Corpus Christi Room houses the representation of this event so marked in the calendar of the Catholic Church.

The reproduction that we exhibit in this room is the work of Vicente Julià, known as “Chauve”. The diorama, made up of more than 1,200 pieces with a 45mm scale, spans a 27-meter path.

Made in 1980, “Chauve” was inspired for its creation by the watercolors of Fray Bernardo Tarín de Juaneda, from the early 20th century. The miniatures reproduce the most significant characters and symbols of the solemn event, starting with the spectacular Monstrance.

Another attraction of the room is the beautiful miniature representation of the Corpus Christi procession produced by Wiener Zinnfiguren Ewald Kovar, which is composed of 406 high-quality flat figures.

The room is completed with a large altar with a niche in which a sculpture of the Virgen de los Desamparados is framed. To the right of the altar, a sculpture of San Antonio Abad or San Antón, called in Valencia San Antoni del Porquet.

Finally, we highlight the original floor that the room presents, in Nolla mosaic, characteristic of the Valencian modernist style.