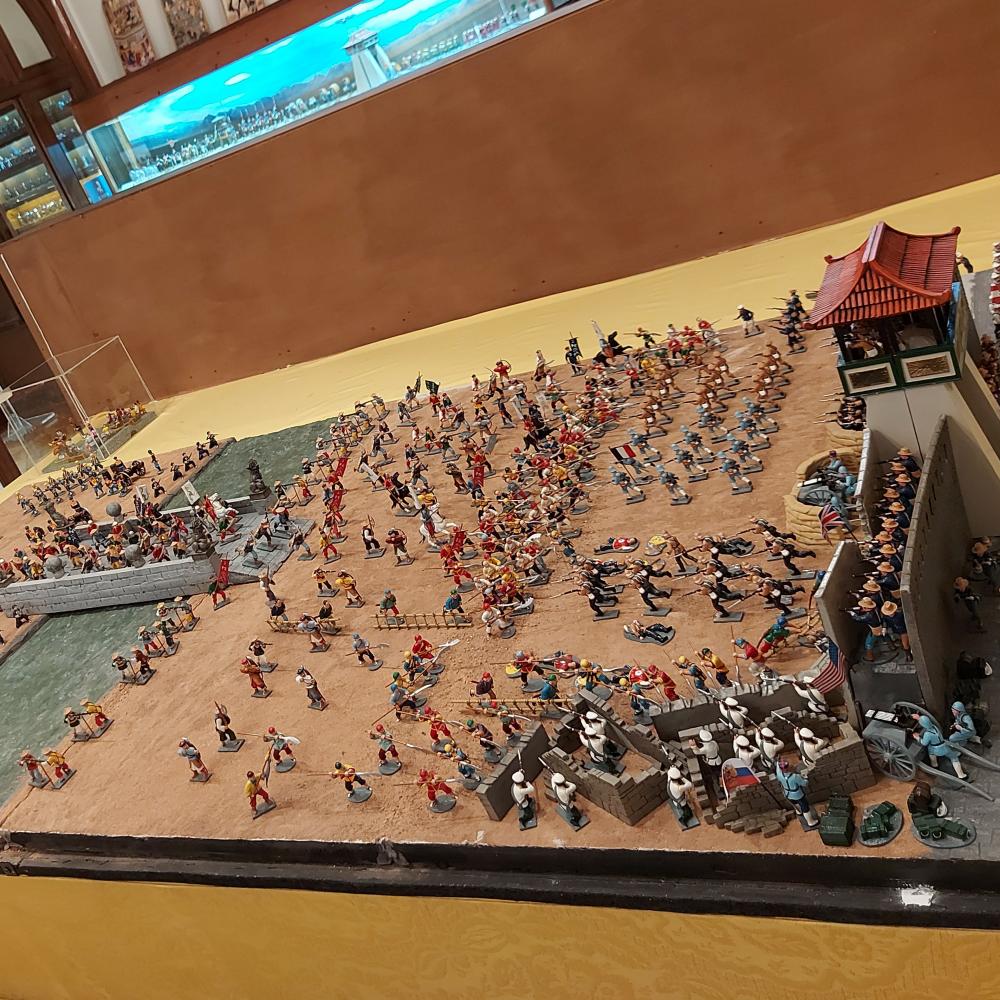 The diorama in which we find ourselves is based on the film of the same name from 1963. The diorama shows the resistance of the representatives of the European and Japanese powers that, in the face of the continuous sieges by the Boxers, took refuge for 55 days in the neighborhood from the Beijing embassies.

The figures in the model are from Trophy Miniatures, a trademark that began its journey in the 1970s and whose fame is due to the quality of the Toy style of its miniatures.