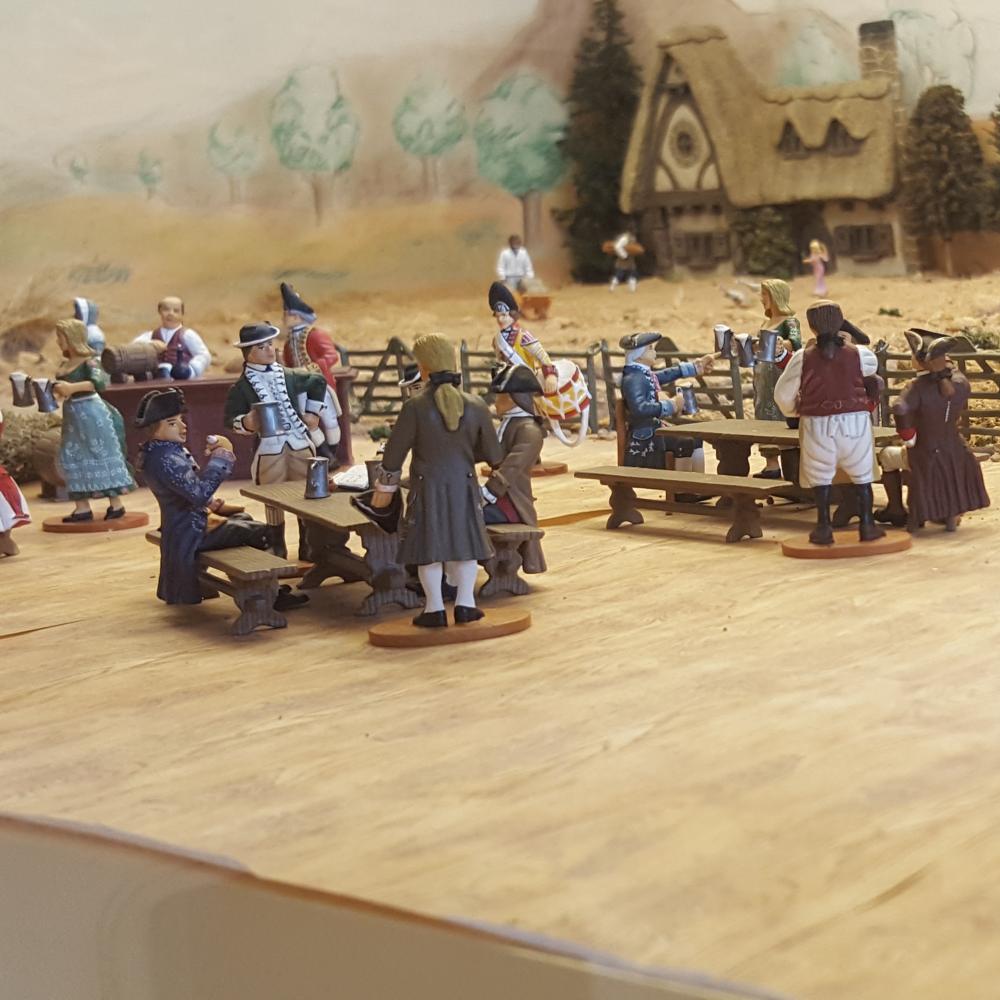 An important military room, in which we find historical security forces ranging from the Italian carabinieri to the mythical French musketeers.

The Spanish troops, the Garibaldians or units of the British army such as the hussars, are present in the display cases in this room. One of our latest additions is a diorama that represents the interiors of a tavern in Washington, from the manufacturer King & Country.

But without a doubt, one of our star pieces in this room is the one that represents Cardinal Richelieu de Vertunni, a historic Italian manufacturer that was active during the first half of the 20th century. Vertunni specialized in the portraits of kings, queens and important figures in French history, being one of the few miniaturists to include a significant number of women in his catalog.