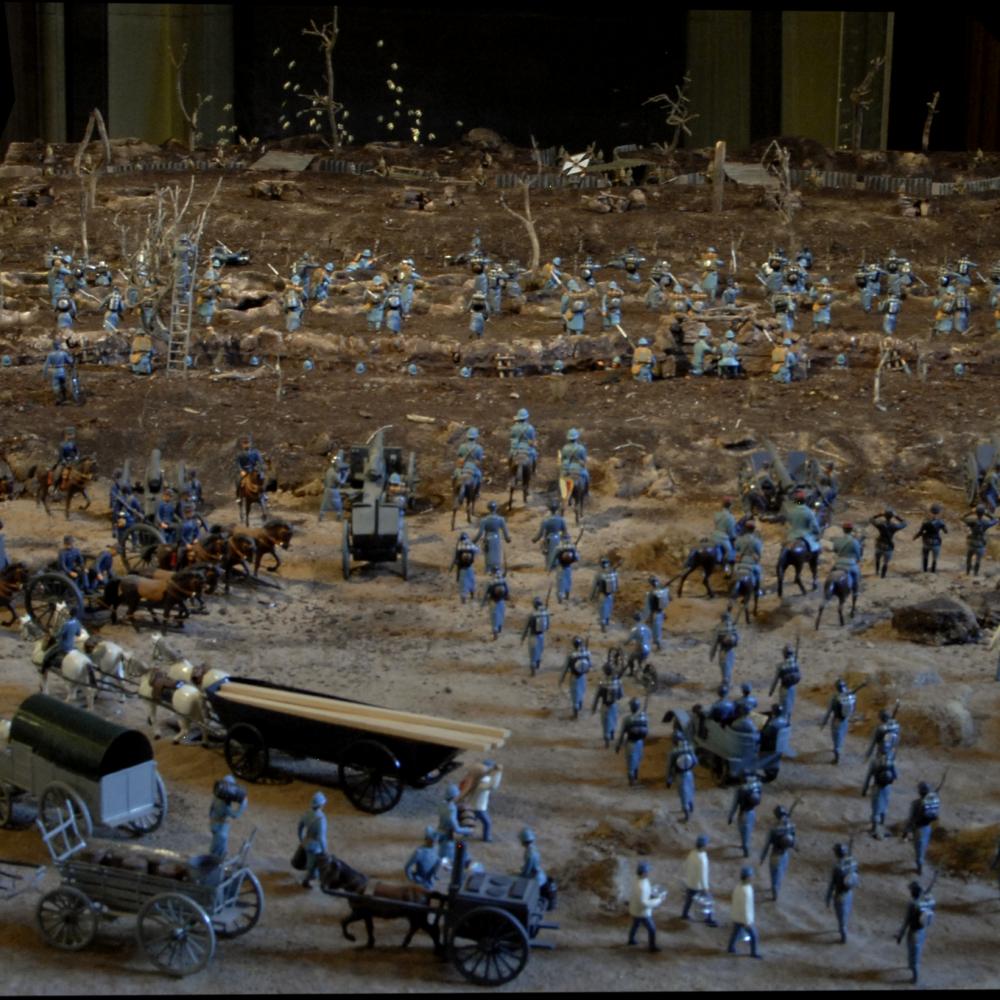 This diorama represents one of the longest battles and one of the bloodiest of the First World War. It took place on the western front between the German and French armies.

The harshness of the confrontation made the soldiers of this battle take on their own unique importance compared to the soldiers of other battles. In fact, in France it was even said that whoever had not been in the Battle of Verdun, had not fought in the war. The battle began with the German dominance. However, after a failure in the advance of the German troops, the French took control and successfully defended their territory, rising with victory.

This battle is an example of how the battles in the Great War unfolded: the wear and tear of the troops and the hand-to-hand confrontations, in addition to the use of trenches, marked a time of warlike conflicts that only ended with the surrender of one side and the conquest of enemy territory.

The Battle of Verdun is represented in this diorama of more than 1.5m of lake by 1m wide, made with pieces from the French trademark CBG-Mignot.