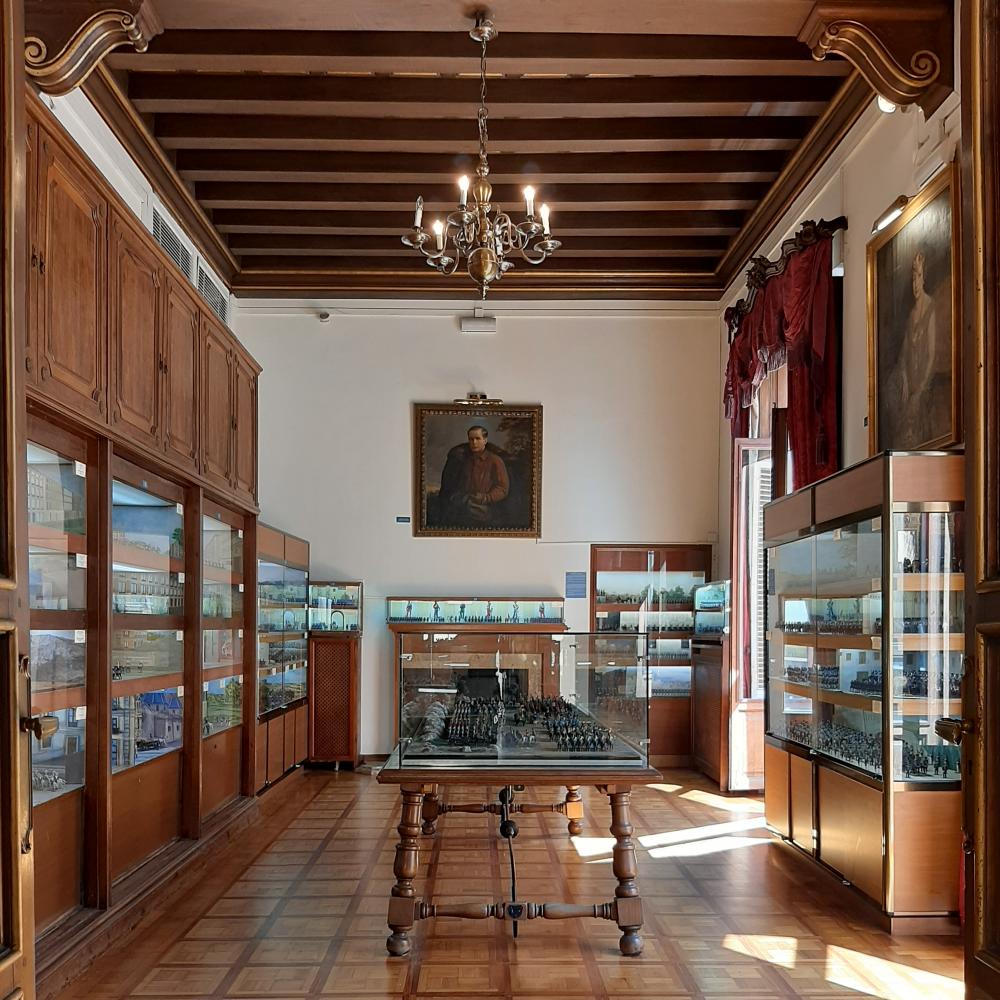 In the room of Abrazo de Vergara, the succession of the guards that start in the Room of the Battle of Almansa continues. The period it covers begins with Fernando VII and ends with the monarch Alfonso XIII.

In this room, together with the deployment of infantry and cavalry corps, we find dioramas that represent events such as the Landing of Fernando VII in the port of Cádiz, the historical anecdote reflected in the phrase “White hands do not offend”, pronounced by Francisco Tadeo Calomarde after the slap he received from Luisa Carlota de Borbón Dos Sicilias or the march of Alfonso XIII into exile after losing the elections called on April 12, 1931, which gave victory to the Republicans.

The dioramas are arranged around the central model that represents the historic Embrace of Vergara, a symbolic gesture between the generals of the two sides faced in the First Carlist War.

Although the most outstanding fact about this room was its conversion, during the government of the Second Republic, in the office of the then Minister of Justice García Oliver.