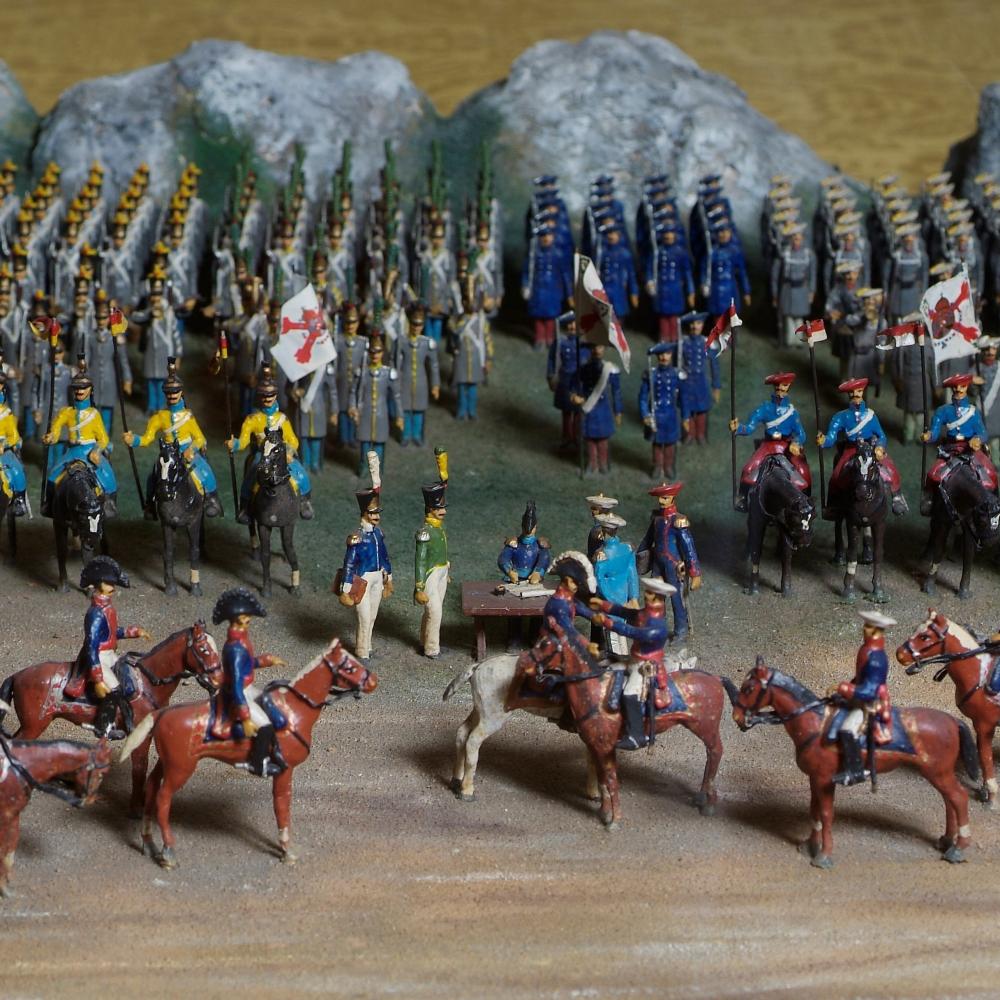 We are before the model that represents the so-called embrace of Vergara, an act of peace that took place on August 31, 1839 and ended the First Carlist War.

The Carlist Wars constituted a succession of civil wars in 19th century Spain. Its cause is found as a result of the death of King Ferdinand VII in 1833 who, before dying, proclaimed his daughter Isabel queen, then a minor, for which she was subject to the regency of her mother María Cristina. However, the monarch’s brother, Carlos María Isidro claimed hereditary rights to succeed him on the throne.

Thus, Spain was divided into two large factions: on the one hand, the supporters of Isabel, called Isabelinos or also Cristinos by the name of the regent queen, and, on the other hand, the followers of Carlos María Isidro, called Carlists.

The embrace between Generals Espartero and Maroto before the troops of both armies gathered in the fields of Vergara, was the confirmation of an agreement that took place two days before and by which the First Carlist War was ended.

The model is made with pieces from Palomeque and Almirall, both manufacturers of recognized fame in the world of the tin soldier during the 60s in our country.