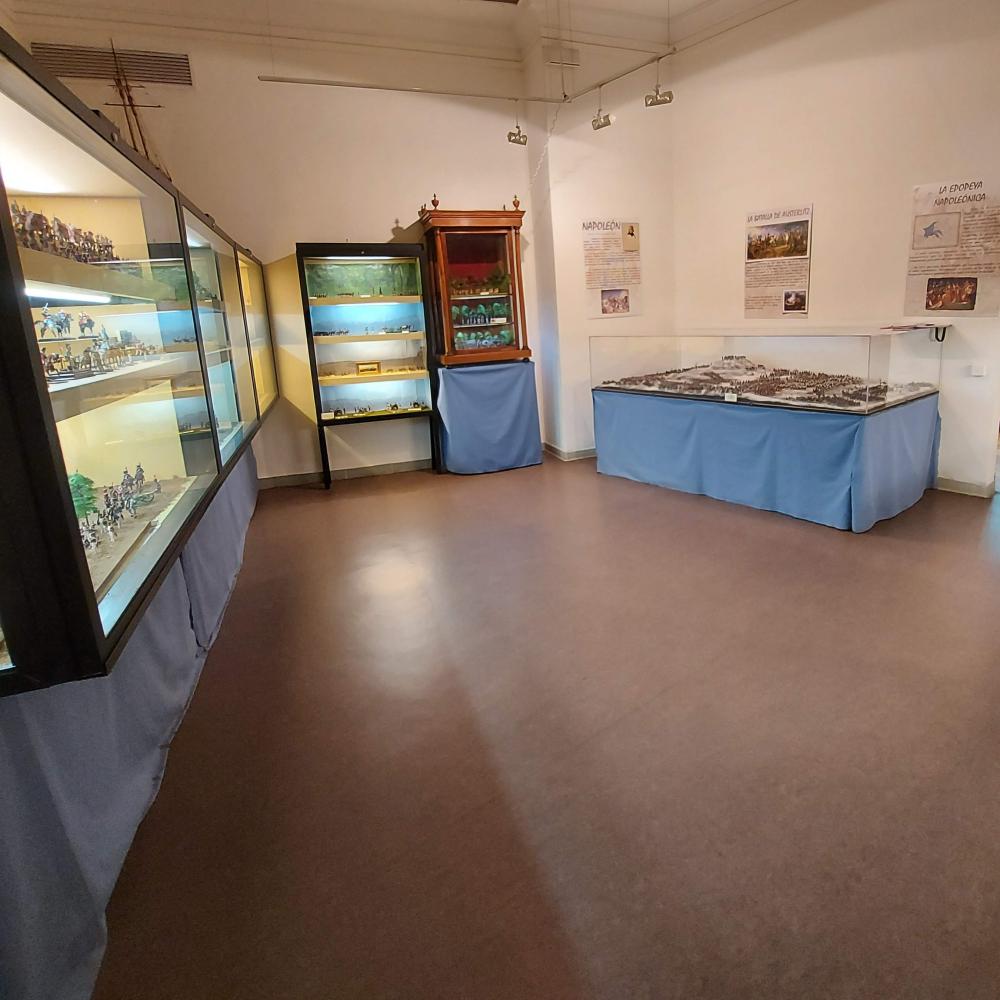 The Napoleonic Room of the L’Iber Museum is dedicated to miniatures from the time of the First Empire and the Spanish War of Independence. Battles such as Waterloo, Austerlitz or Quatre Bras, together with small scenes, dioramas, vignettes and individual figures make up the room.

Among the manufacturers present in the room, we highlight Lucotte, considered the first manufacturer of bulky tin soldiers, and author Napoleon’s Grenadiers, some unique pieces, dating from the beginning of the 19th century and which, most likely, belonged to the same series that was manufactured for the son of Napoleon Bonaparte, future king of Rome: Napoleon II.

The room is completed with graphic material that informs the visitor about the turbulent context of the early 19th century. You can also see uniforms and military effects, some real and other modern copies of our dear friend and collaborator Alejandro Mohorte.