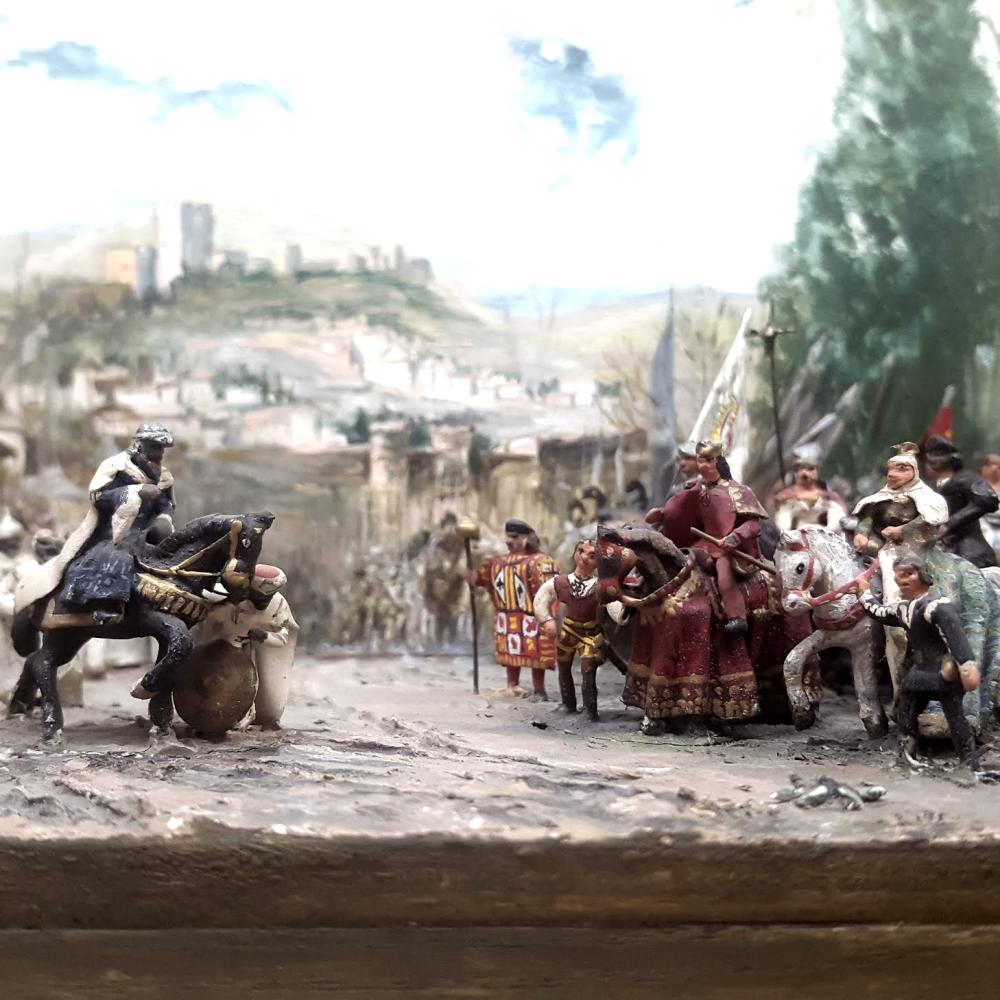 is small diorama exhibited in our museum is inspired by an 1882 oil painting by Francisco Pradilla Ortiz, who was director of the Prado Museum from 1896 to 1898 and one of the greatest exponents of Spanish historical-romantic painting.

It represents the surrender of Boabdil, the last Nasrid sultan of Granada, before the Catholic Monarchs, who began the siege of the city in 1488. After long months, Boabdil, who tried to resist as much as possible, and his subjects began to suffer the consequences of hunger and the necessity as a consequence of the aggressive Christian encirclement. Finally, the last Granada sultan had no choice but to surrender his kingdom to the Christian monarchs.

The figures are the work of the Valencian manufacturer Ángel Comes who, through his Alymer trademark, became one of the largest manufacturers of soldiers in history. In 1947, Alymer created what has been called “Miniploms”, 20mm figures, in lead and completely handmade. They were hugely successful, even being exported to France, the UK or the USA.