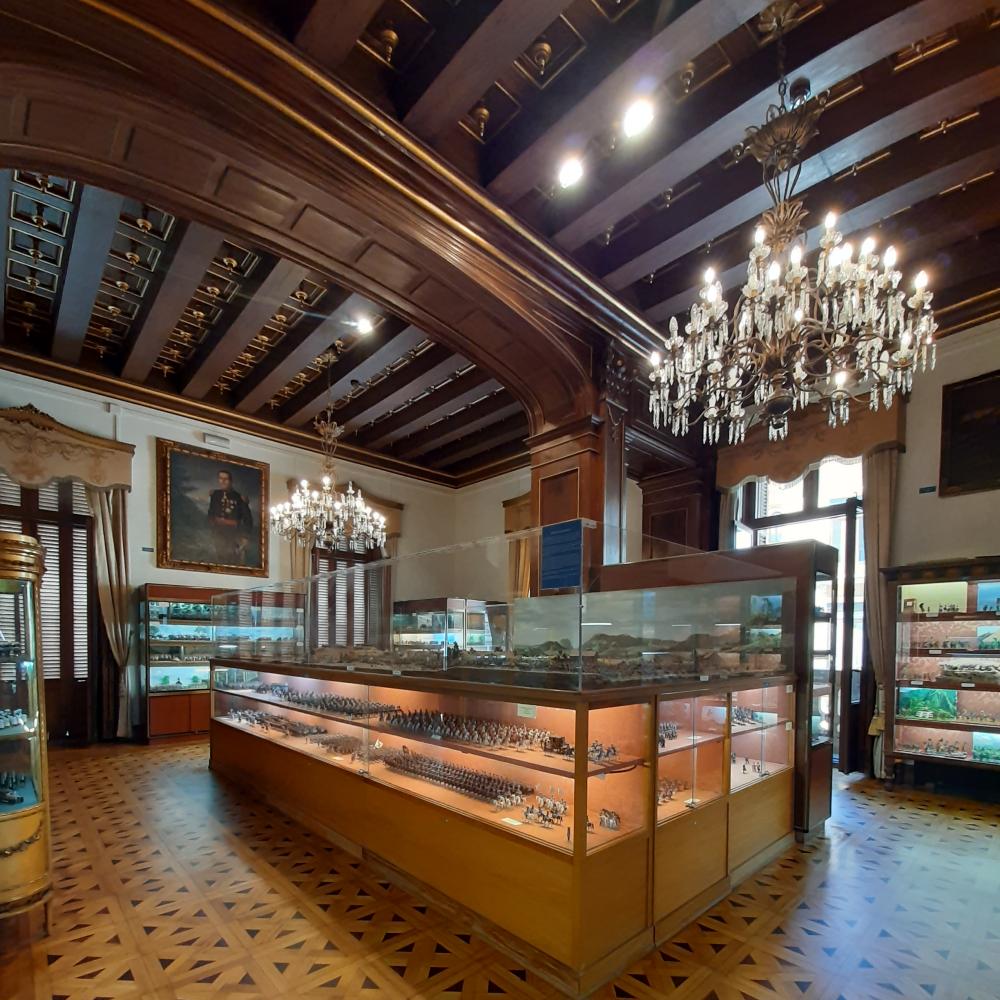 The Almansa Battle room gets its name from the model located in the center of the room and which represents said conflict. It is the largest model exhibited in the museum and it is one of our outstanding pieces.

Around it is arranged a succession of dioramas that tell the history of Spain through the heads of state and their guards. From the 8th century, with Abd al-Rahman I of Córdoba, we reached the bodyguard of Juan Carlos I. Although, the period between Fernando VII and Alfonso XIII is in the adjoining room, called Victoria Eugenia.

The representations of such relevant events as the Mutiny of Aranjuez, a popular uprising against the favorite of King Carlos IV, Manuel Godoy, could not be lacking, and which led to the latter’s dismissal and the abdication of the monarch, a fact also represented in the room. In addition, you will also find dioramas in which the arrival of the Spanish to the New World is represented by the hand of Columbus, Hernan Cortés or Pizarro. Scenes of Mayan, Inca, and Aztec warriors, as well as great rulers like Moctezuma, are also found in this room.