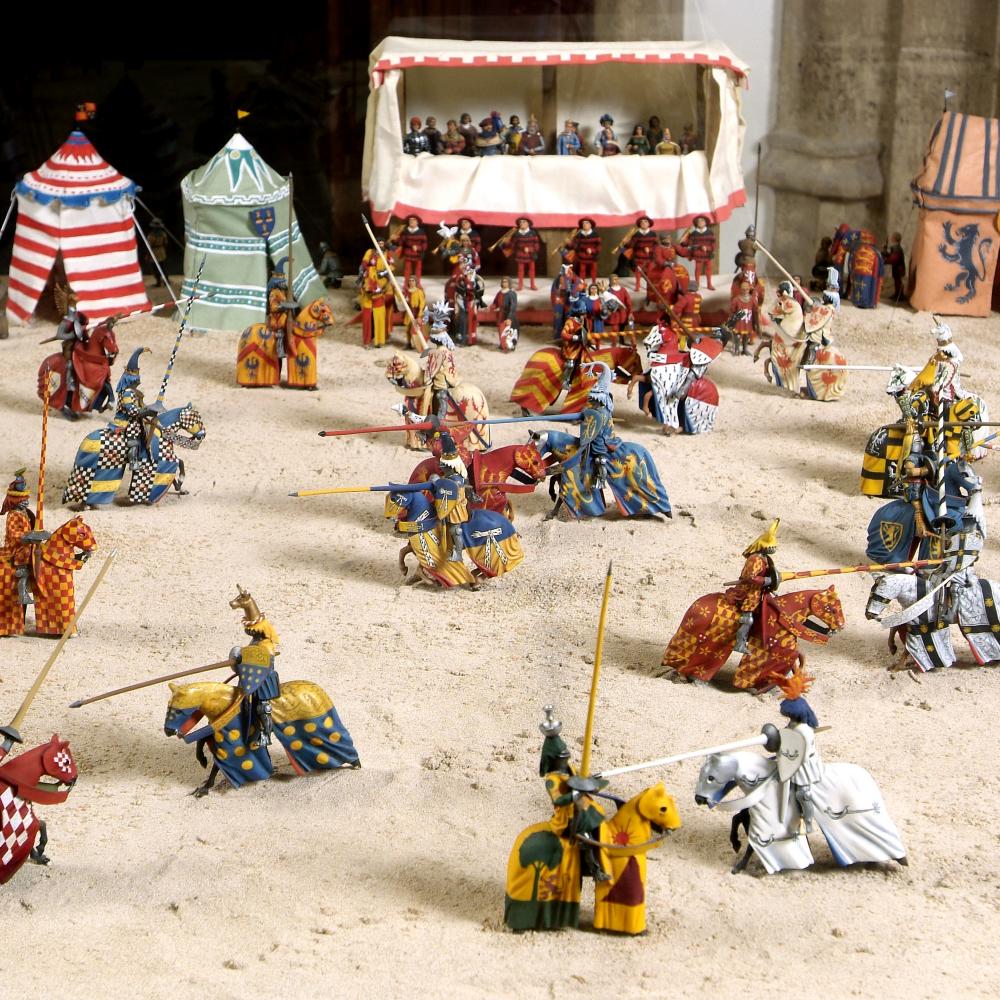 We are in front of the first model that the visitor encounters when entering the museum. It is inspired by one of the tournaments that appear in the famous chivalric novel Tirant lo Blanch, written by Joanot Martorell between 1460 and 1465, considered one of the best novels in world literature.

The model was made around 1994 and constitutes one of the best representations of the medieval times exhibited in the Museum. Despite the representation of characters that appear in the novel, such as King Henry V of England or the Dukes of Oxford, we have taken some freedom when it comes to representing this model. In it, they wanted to pay tribute, on the one hand, to Mr. Álvaro Noguera, who was the creator of the largest collection of tin soldiers in the world. As we have done? Placing two figures in the center and foreground of the model, representing Caballero Tirant and Caballero Noguera, recognizable by the heraldry of the clothing, in combat position. On the other hand, it has been wanted to pay tribute to the city of Valencia through the representation of the arms of the knights of the noble families of the city in the 15th century.

As for manufacturers’ trademarks, this model includes figures from Ares and from our own brand, Facan (Fet a casa nostra).