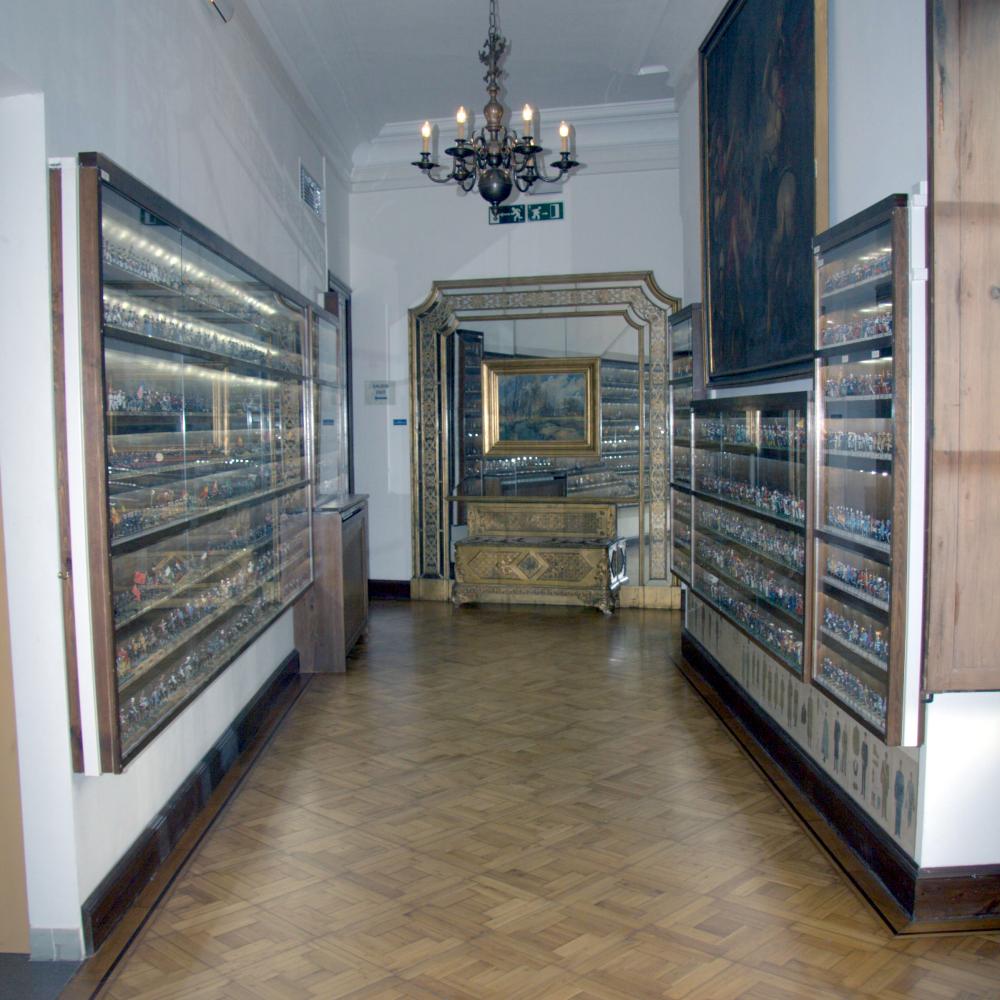 This room is a tribute to the artists of the historical miniatures of the Valencian Community.

On the one hand, we find Ángel Comes Plasencia, who in 1962 created the Alymer brand whose catalog printed that same year (in five languages) was a point of reference both in Spain and in Europe and America. In addition, Alymer was the first to produce 20mm units, which were highly successful both domestically and internationally.

Vicente Juliá, Chauve, represents another extraordinary Valencian miniature artist, whose most outstanding works represent Spanish and Valencian history, culture and art; it is enough to quote “El abrazo de Vergara” of 500 figures, or “The Valencian Procession of the Corpus of the year 1800”, with 1216 figures.

To close this magnificent trilogy of Valencian art, we quote Vicente Mallol, creator and collector of lead soldiers. He is the author of works drawn by Labandera such as the famous “big heads”, caricatured figures of the Royal Guard of Juan Carlos I, through the so-called 30 mm flat figures. Starting in the mid-1970s, it produced its first bulk units, that is, those figures that adopt a certain volume dedicating them, for the most part, to Alfonso XIII.